This recipe for Cinnamon Apple Crisp is like eating a homemade apple pie, minus the traditional crust. Top it with caramel syrup for a special treat! 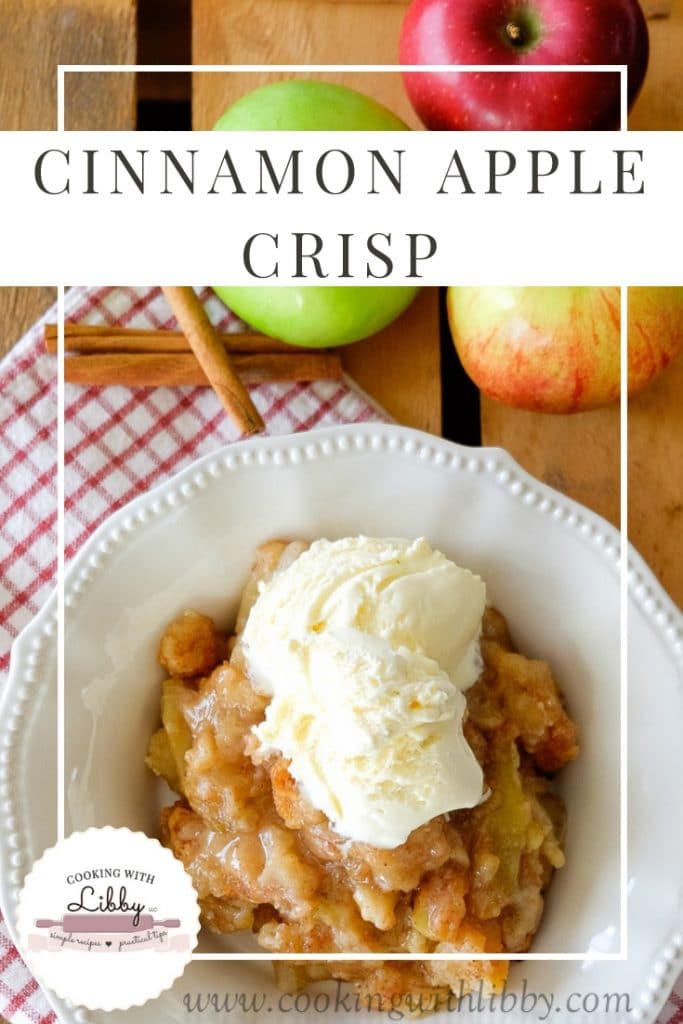 This Cinnamon Apple Crisp is a dessert that absolutely cannot be kept a secret.

We make it at least once a year when October/November hits. There is no mistake once it starts baking in the oven that fall has made an appearance.

If I had to pick a favorite fall family dessert, this would be it. Don’t get me wrong, there are other dessert recipes on the site that I also adore, however, this one is a huge favorite among our house.

It really does taste like you are eating apple pie and the crumbly topping makes you forget that this dessert is sans a pie crust. 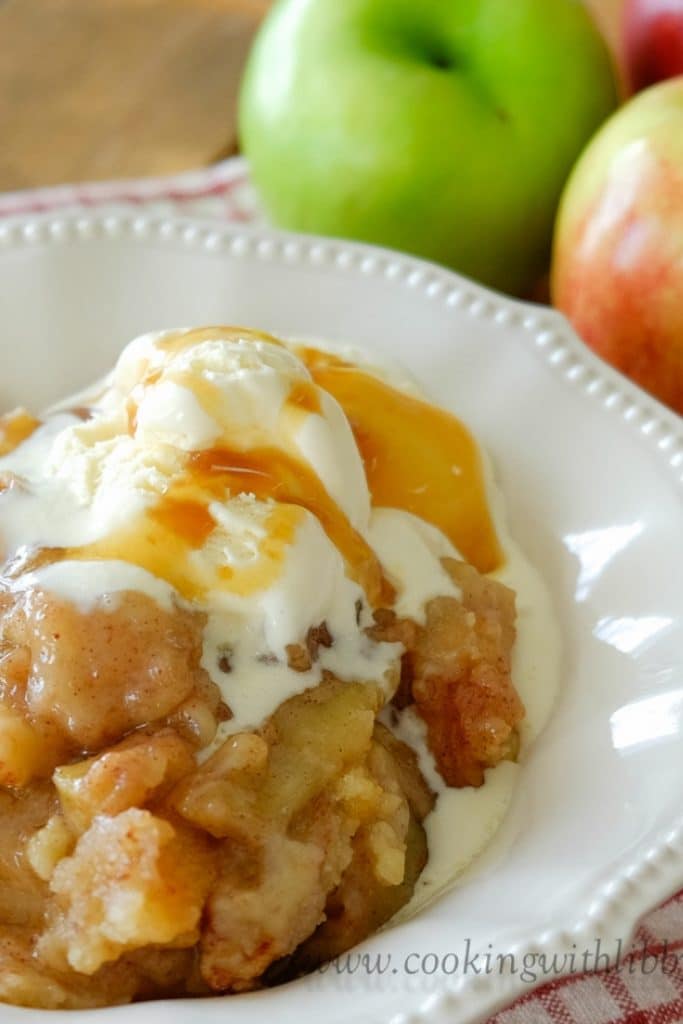 A little tip to make your experience more enjoyable:

Before making this recipe, if you store your apples in the fridge, take them out and sit them at room temperature for a day or two. This will decrease the amount of excess liquid in the recipe upon baking, which will make the filling thick and not runny.

I’m not a big fan of oatmeal in desserts so the topping for this crisp is a bit different then a traditional one. We also like deviating from it by adding a little dash of nutmeg and a few sprinkles of Apple Pie Spice if we have it on hand.

This dessert is so versatile and forgiving in terms of ingredients that literally anything can be added to it.

We have eaten our servings with everything from vanilla ice cream to whipped cream. It’s also wonderful on it’s own. The caramel syrup is the finishing touch.

Looking for more fall recipes? Then check out the fall category on the site! 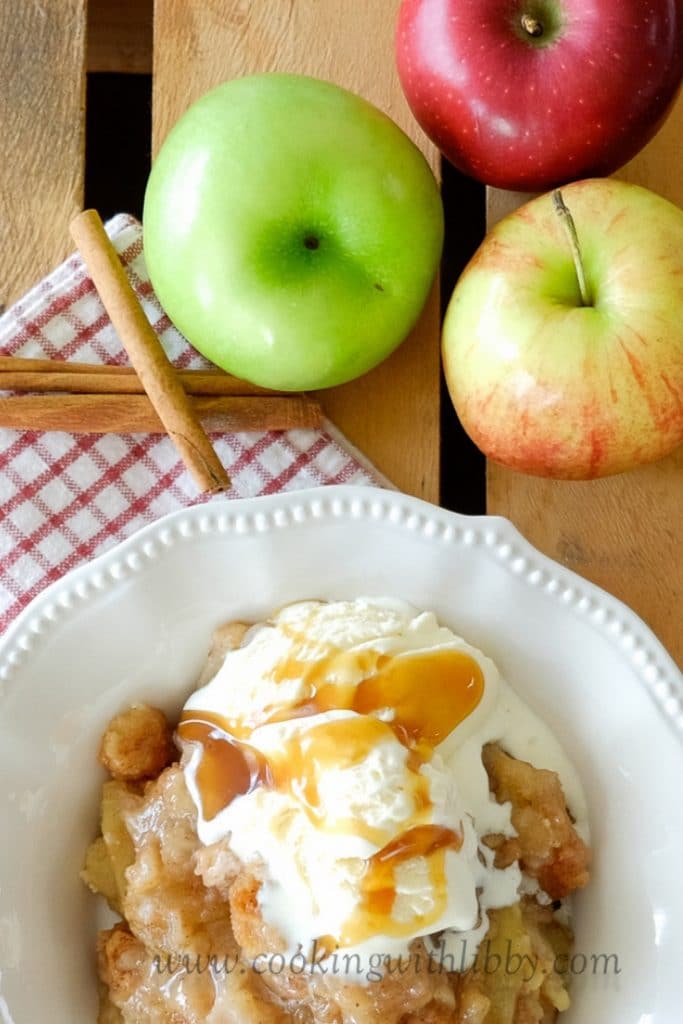 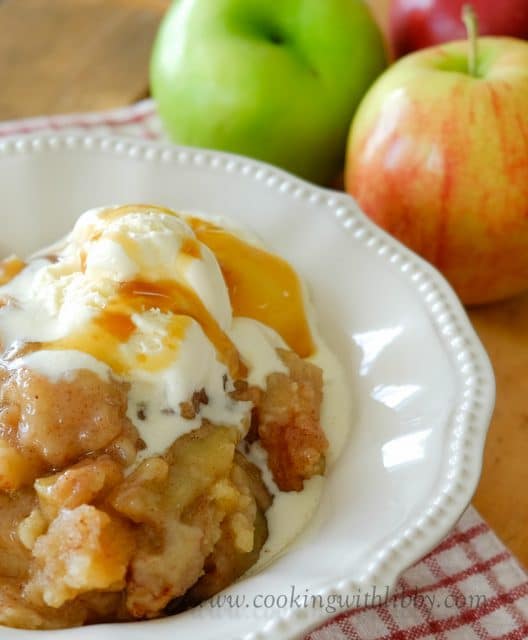 Cooking With Libby, LLC is a participant in the Amazon Services LLC Associates Program, an affiliate advertising program designed to provide a means for us to earn fees by linking to Amazon.com and affiliated sites.
————————————-
***I, Olivia Smith, works as an Independent Consultant with Pampered Chef. To learn more about what I offer through Pampered Chef, please visit my Pampered Chef website.***