These Cinnamon Brown Sugar Blondies are the PERFECT way to usher in the autumn season! Your home will be blessed with the sweet smells of fall as they bake up in the oven! 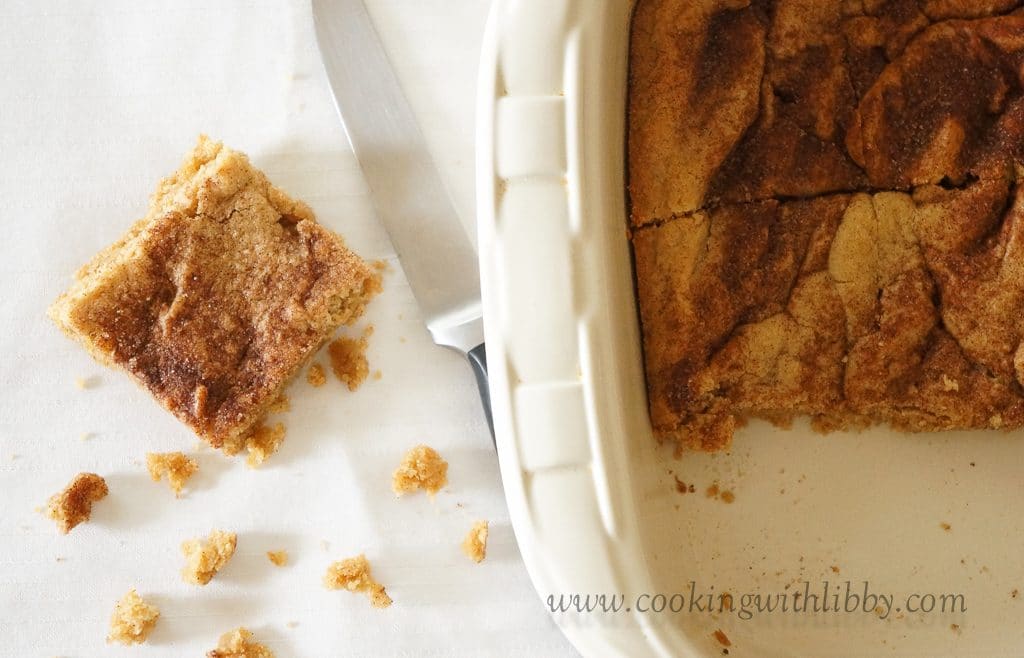 A little factoid about myself: I have a baby brother. He’s a bit younger then me…10 years younger as a matter of fact.

The age difference between us made it difficult to relate to one another when we were growing up, but that didn’t stop him from being protective of me through the years.

He is now a solider in the Army and has a family of his own.  Which is crazy for me to digest because I have always just known him as my baby brother. This dessert comes to us via his wife.

She gave this recipe to me two years ago in a text message, and like most of the recipes that family and friends tend to give me, it stayed in my files for a long time.  She told me that it came from a co-worker of hers.

However, since I do not know this co-worker, I’ve just deemed them as her recipe.

The first time I made these Cinnamon Brown Sugar Blondies, the entire pan disappeared in a total of a day and a half.

I decided to test the bars out during my son’s Kindergarten graduation party and my daughter’s Halloween party at school.  At both events, they disappeared within a few hours. Needless to say, these are now my go-to dessert for any social occasion I decide to attend.

These bars a combination of cinnamon and brown sugar, mixed with other ingredients such as flour, vanilla extract, and nutmeg. Baking these in your oven will make your house smell literally like the autumn season.

They make wonderful treats for those who prefer their desserts on the ‘lighter’ side. Lighter meaning in texture, not ingredients.

Now that you have read all about these Cinnamon Brown Sugar Blondies, you should purchase the ingredients for them and bake em’ this week! Ready…aaaaaannnnd….go! 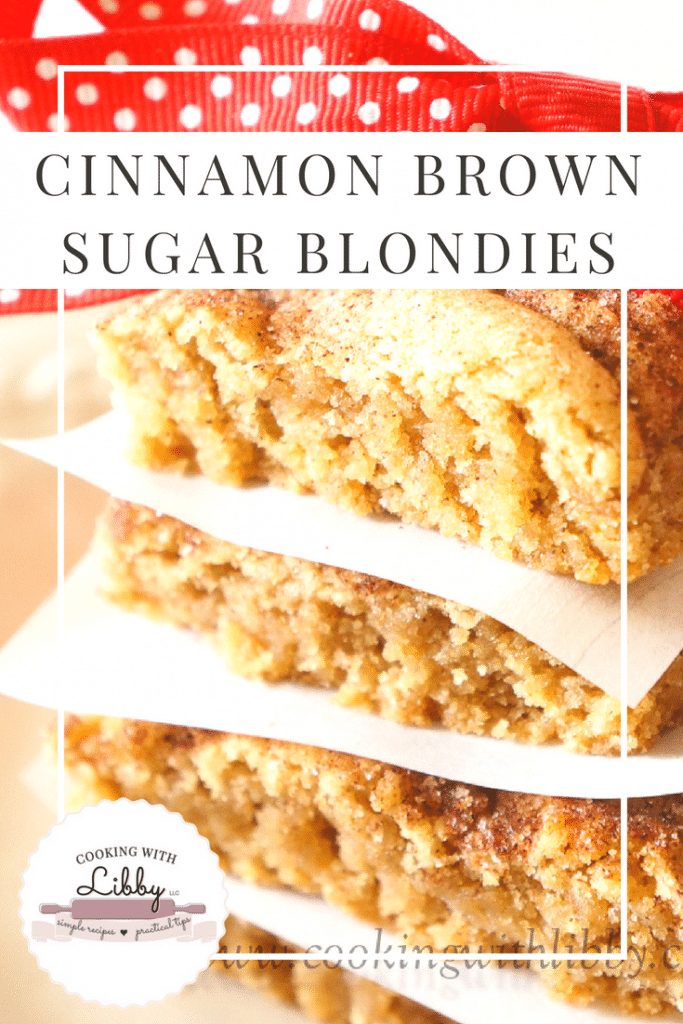 Recommended Cookware/Bakeware For This Recipe:

Made with cinnamon and brown sugar, these blondies are the PERFECT way to usher in the fall season! Your home will be blessed with the sweet smells of autumn as they bake up in the oven!Serving Size: 1 bar
Print Recipe Pin Recipe Rate Recipe
Prep Time: 15 minutes
Cook Time: 30 minutes
Total Time: 45 minutes
Course: Dessert
Cuisine: American
Keyword: blondies, brown sugar, cinnamon, fall recipe
Serves: 12 bars
Calories Per Serving: 501

Ingredients for the topping:

The batter will be thick upon making this. This is completely normal and is not something to be concerned about. Recipe Source: My sister-in-law