Jump to Recipe
91shares
Made with vanilla pudding, sliced strawberries, and puff pastry, one bite of this Easy and Decadent Strawberry Napoleon Dessert will transport you to France. To change it up, substitute blueberries or raspberries for the strawberries. 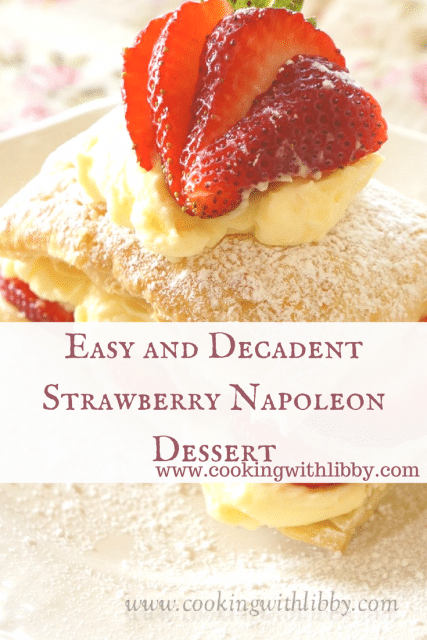 A while back I had a slip up while grocery shopping.  I meant to purchase phyllo sheets for a specific recipe and ended up with a box of puff pastry instead.  I blame it on summer mommy brain.
Anywho, ever since this happened, I’ve been trying to figure out what to make with that darn box of puff pastry.
This dessert was on my Pinterest account just waiting to be discovered again!
The original recipe states to use Cool Whip.  However, I wanted to kick it up a notch so I decided to try my hand at making homemade whipped cream.
You can make this dessert in a single layer: 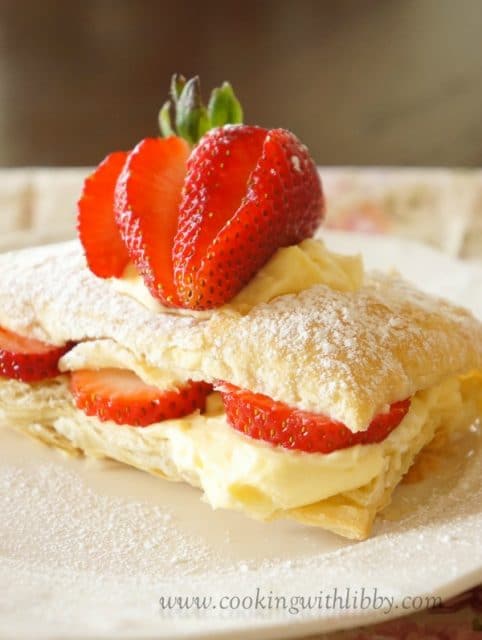 Or even make it a double layer: 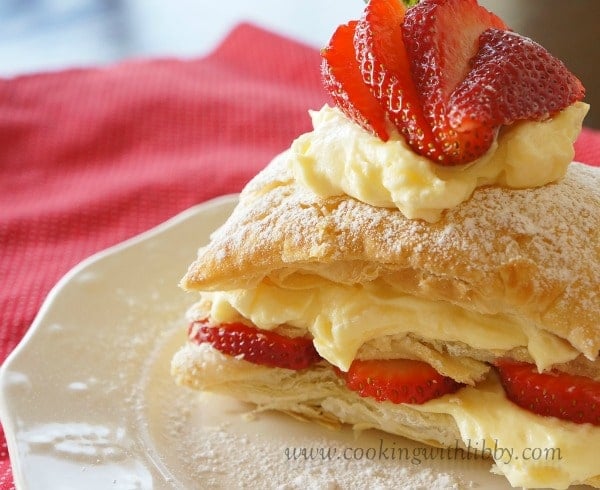 Don’t like strawberries??
Try blueberries with vanilla pudding and lemon extract.  Or make it with raspberries, blackberries,
or even peaches 😉
Whichever route you decide to go, it will be delicious! 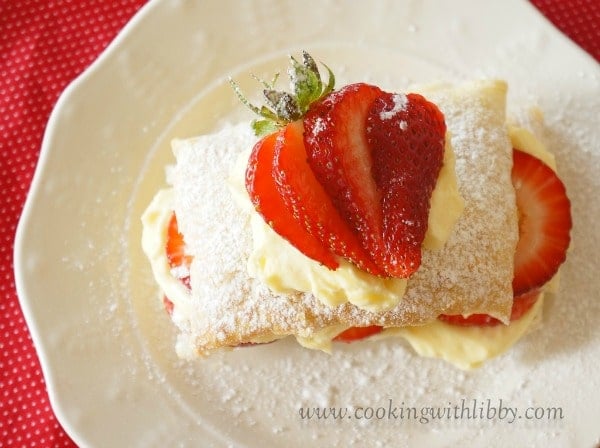 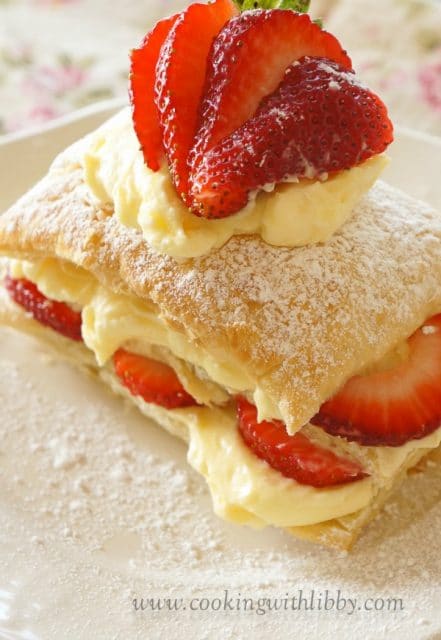 Made with vanilla pudding, sliced strawberries, and puff pastry, one bite of this Easy and Decadent Strawberry Napoleon Dessert will transport you to France. To change it up, substitute blueberries or raspberries for the strawberries.Serving Size: Half of one dessert
Print Recipe Pin Recipe Rate Recipe
Prep Time: 20 minutes
Cook Time: 15 minutes
Total Time: 35 minutes
Makes: 12 people (makes 6 single layer desserts or 3 double layer desserts)
Calories Per Serving: 247

Ingredients for the filling:

Ingredients for the rest of the dessert: