This Creamy Swiss Chicken Bake is made with six ingredients and can be put together in under 15 minutes. It’s a busy woman’s best friend! 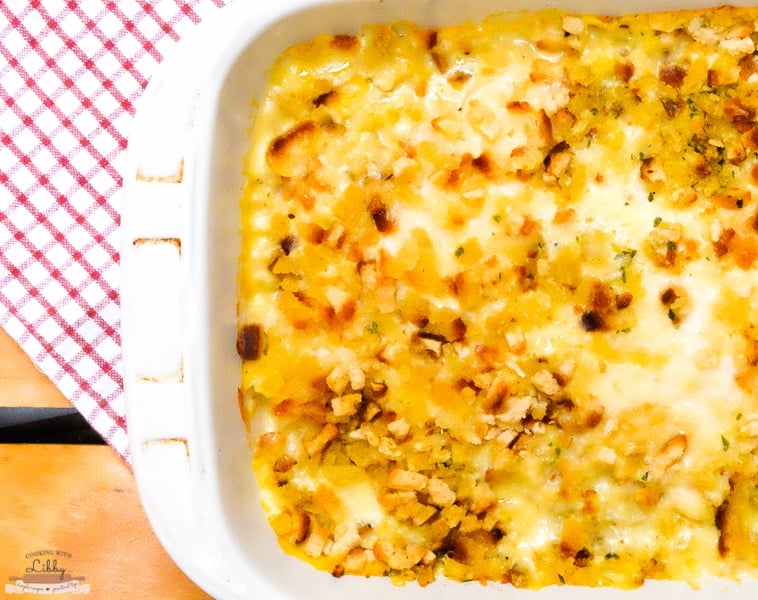 “What if they don’t like me?” I asked Husband Man as we ate breakfast in our quaint, 1980’s dining room.

The year was 2003 in Northern Louisiana. We only had been married for two years and thanks to the military, had only been in Louisiana for one year.

That was one full year of being far, far away from my parents and a 3 day drive away from the life I “used” to know.

He gave me concerning look and replied, “Why wouldn’t they like you?”

Meeting new friends had always been difficult for me due to my insanely introverted personality. When I heard about a class the military offered to spouses who were new to not only the lifestyle, but to the base, I signed up.

I figured if I took the class, then I would be able to meet others who were in the same situation.

I grew up in a military family, with my dad retiring from the Army. However, being raised as a military brat and living the life as a military spouse were two separate entities.

I quickly found out that being the daughter of an Army Sergeant failed in comparison to being the wife of a busy Airmen. It wasn’t the same. 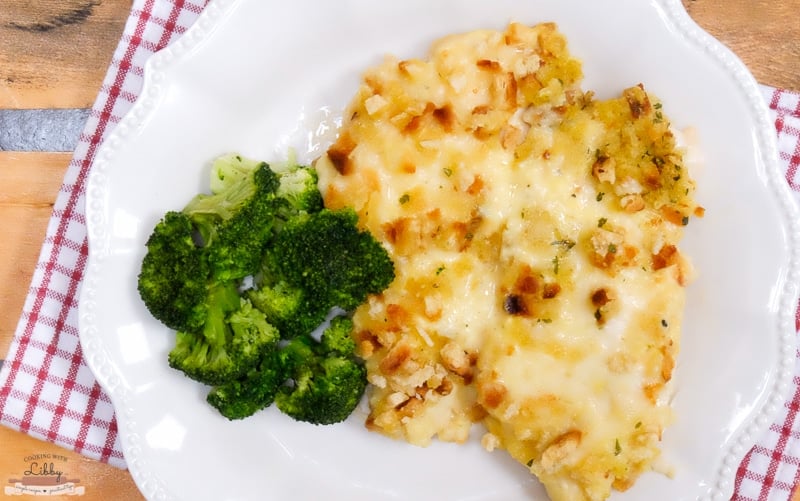 Inner thoughts aside, I said goodbye to my husband and headed out the door. Normally it took a good 25 minutes to get to the base from where we lived, however the drive ended up taking 40 minutes due to how confused I was on the commute.

I was a horrible mess as I drove into the parking lot in front of the light brown building that housed all of the military family activities.

I ran inside and the lady at the desk pointed me in the right direction of the class. As I walked down the hallway, I said a silent prayer and asked the powers that be to forgive me for being late and to make sure I didn’t suffer from a bout of embarrassment.

I smiled as I walked in, apologizing for being late while turning beet red. My eyes scanned the room for somewhere safe and close to sit and that’s when I saw her. Quickly I grabbed the seat next to her and said, “I hope I didn’t miss anything to important.”

That was the beginning of my friendship with Courtney. She was the first military wife/best friend anyone could ever have. Even though we weren’t sisters, we sure did fight like we were. It was an on-again/off-again friendship.

We went through spouse deployments, job offers (at one point, we both worked at the same job), and the pregnancies of our first children.

Separate duty stations and proximity adjustments eventually took a toll on our friendship and we are no longer in contact with each other. However, she enjoyed cooking as well and did not hesitate to share her yummy recipes with me.

This Creamy Swiss Chicken Bake is one of them!

What do you need to make this Swiss chicken bake?

An added bonus…you don’t have to just stick with Swiss cheese. We have made it with both mozzarella and provolone cheese.

The dreaded question, “what if they don’t like me?” was answered a few hours after I left that day. God answered it with, “but they do like you. Your best friend is waiting in that class, no matter how late you are.”

Tip: We like to serve this dish with a side of these delicious Lemon and Olive Oil Green Beans! 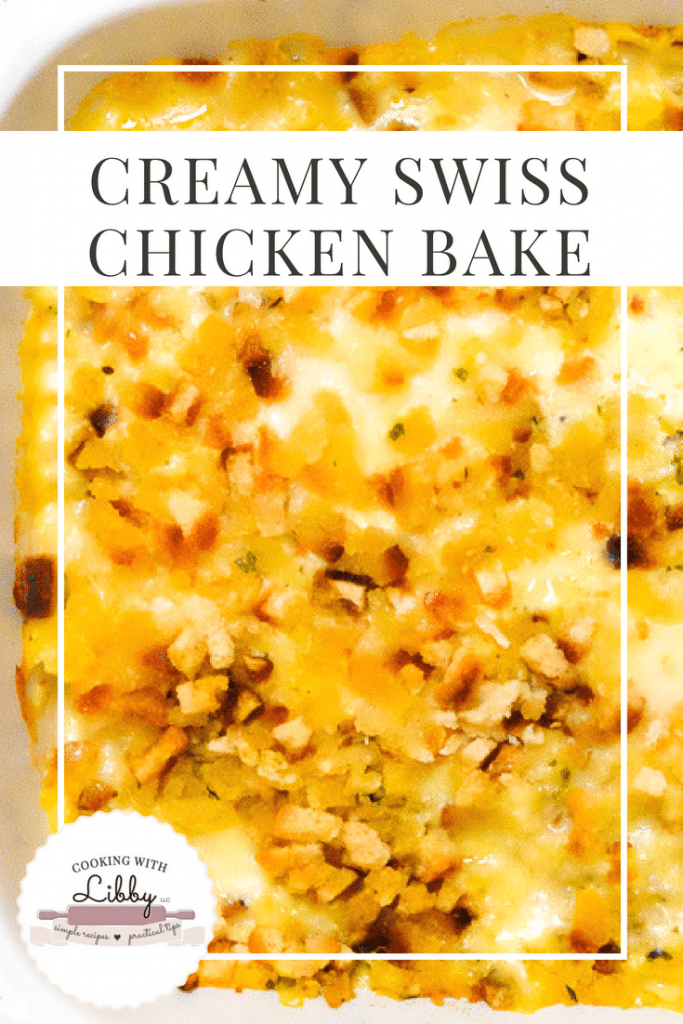 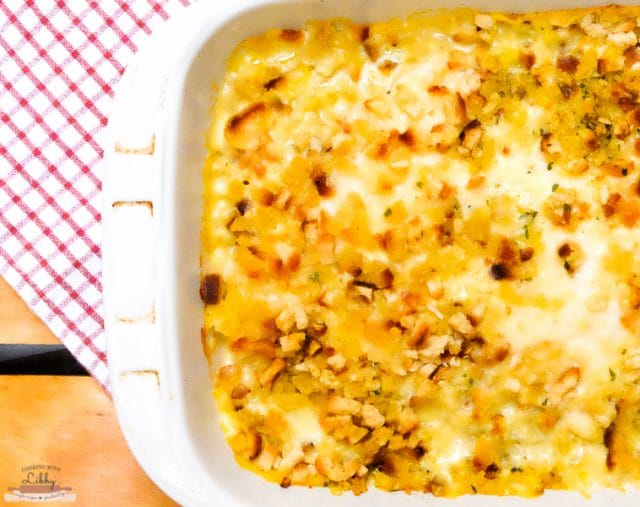 Recipe Source:  Recipe given to me by my long lost friend, Courtney.