357 shares
Jump to Recipe
This recipe for Mini Cherry Cheesecake Treats has the every day staples of a normal cheesecake, except in mini form. The vanilla and cinnamon crust gives the flavor a little kick.

Boy do I have a yummy treat for you today! My mom used to make these all the time when we were growing up. I set out to make these this weekend using her original recipe and it did not go over very well.  We’re talking about liquid goop inside the cupcake liners…..with the vanilla wafers floating to the top…kind of looking like they were swimming in a sea of raw eggs with little bits of cream cheese floating around them.
Yeah.  It was pretty darn gross. 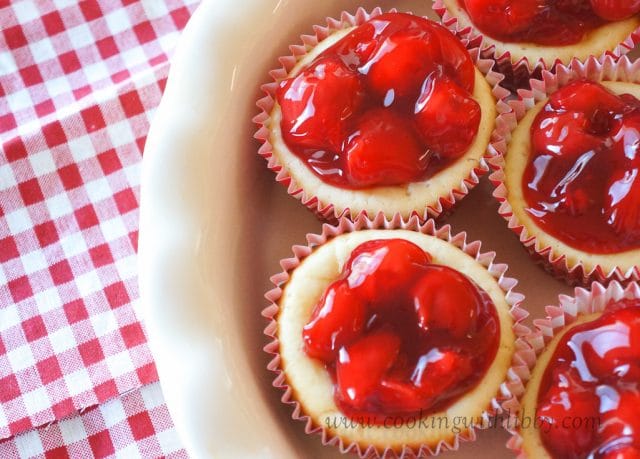 I just stared at that mess of a recipe and asked myself:  How come they never looked like that when mom would make them?  I was determined to remake them so I sent Husband Man out to the store to purchase more ingredients….bless his southern heart. Hers called for placing a whole wafer at the bottom of the cupcake liner, which normally would be an easy thing to do but I couldn’t help but kick it up a notch. 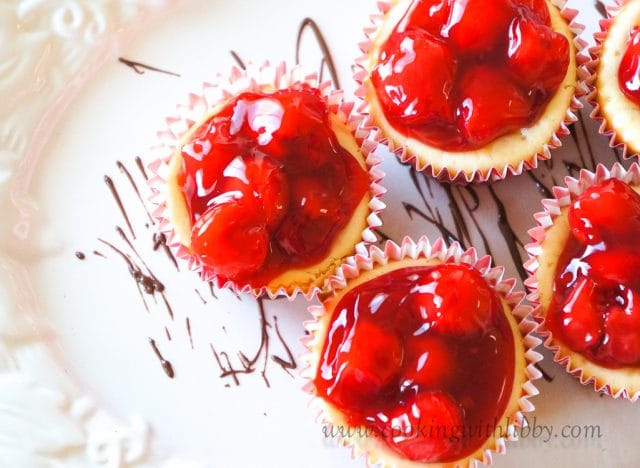 Instead, I placed the wafers through the food processor and mixed them with some butter, cinnamon, and a little sugar.

I also used two boxes of cream cheese instead of one like her recipe suggested and added 1/4 tsp. of lemon extract. 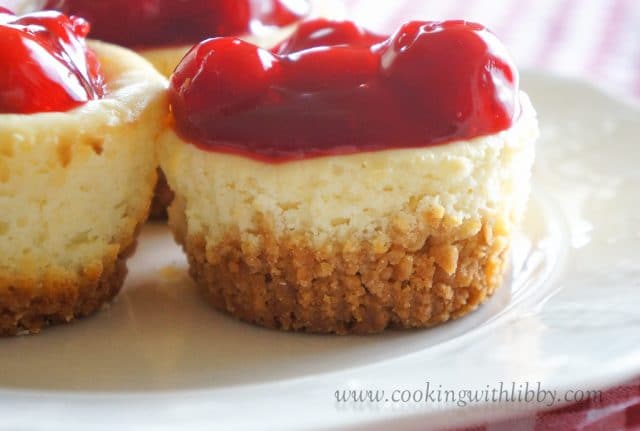 The results were amazing.
I hope she forgives me for revamping her recipe.  I’m sure I will find out once I talk to her this coming weekend.
Pray for me y’all! 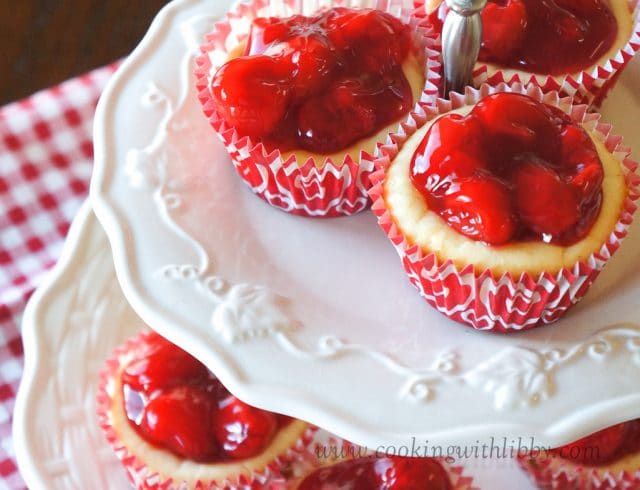 Recipe Source: Original recipe from my mother, with little tweaks made by me. If you aren't a big fan of cherries, you can use any pie filling you want on these. The sky is the limit. Also, do not use the low fat (1/3 less fat) cream cheese.  Use the regular, full fat version.

Cooking With Libby, LLC is a participant in the Amazon Services LLC Associates Program, an affiliate advertising program designed to provide a means for us to earn fees by linking to Amazon.com and affiliated sites.
————————————-
***I, Olivia Smith, works as an Independent Consultant with Pampered Chef. To learn more about what I offer through Pampered Chef, please visit my Pampered Chef website.***